All Hail Ask Disha: The IRCTC Chatbot That Everyone Is Talking About 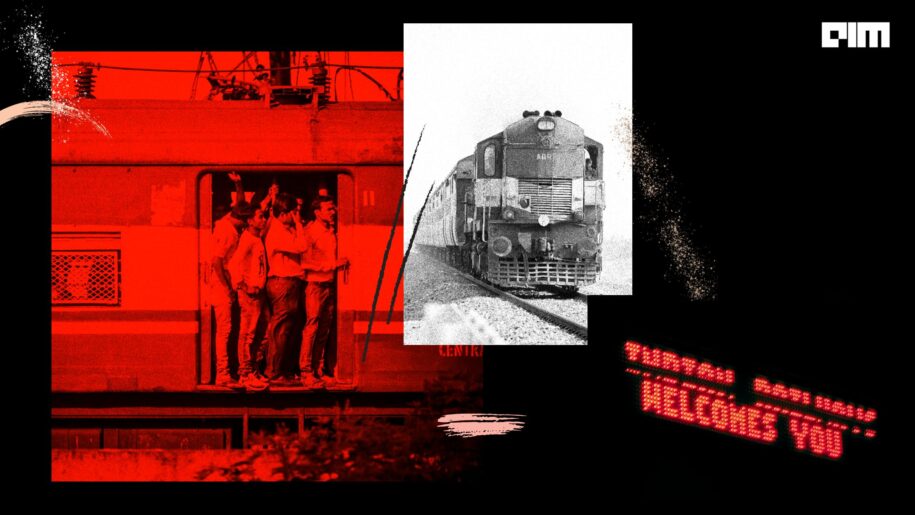 Ask Disha 2.0, an updated version of Ask Disha that IRCTC just released, allows users to communicate with the system via voice, chat, and click-based options.

One of the most cutting-edge government-run organisations at the moment is the Indian Railway Catering and Tourism Corporation (IRCTC). With more than 11.4 lakh ticket bookings every day, IRCTC is one of the largest e-commerce platform in Asia. It is always experimenting with technology, whether it’s placing safety buttons for female passengers or ensuring that travellers receive the highest quality cuisine by monitoring the workers using AI-equipped CCTV cameras.

Its online railway ticketing system is perhaps among the most advanced in the world. It was the first government-run organisation in India to integrate chat functionality into regular operations. ‘Ask Disha’, which was first available in English, now provides daily responses to more than 3000 Hindi-language questions.

Ask Disha 2.0, an updated version of Ask Disha that IRCTC just released, allows users to communicate with the system via voice, chat, and click-based options. Furthermore, the system relies on the One Time Password (OTP) delivered to the user’s cell phone rather than passwords to function.

With the addition of voice booking, Rajini Hasija, CMD of IRCTC, believes that passengers would find it even easier to plan their vacations as a result of AskDISHA 2.0, which is deemed as a very helpful tool.

Additionally, IRCTC had previously disclosed that it teamed up with CoRover.ai in order to co-sell and resell its AI-driven goods and services to both public and private organisations in India and overseas, including virtual assistants, chatbots, voice bots, and video bots.

Online railway ticketing in India began in 2002—barely seven years after the country’s introduction to the Internet. When the system was launched, most individuals didn’t even have keypad phones, which then presented an intriguing solution to a challenging problem of distribution of internet-bought tickets.

The IRCTC began distributing physical copies of tickets through courier, which normally took a few days to arrive at the passenger’s residence. “Because the courier services were extremely well established, we decided to print out tickets in our format and courier them to the passengers who would receive them within a day or two,” said Amitabh Pandey, the then-general manager of IT services (2001–2006).

To travel by train in India nowadays, all passengers need to do is purchase a ticket using voice aided chatbot (or conventional internet interface) and present an SMS received from IRCTC; additional options include a copy of the ticket (and QR code) received via email or downloaded from IRCTC’s website/app.

Additionally, passengers can even avoid showing the message and only share their PNR number and show a valid photo ID proof in order to travel hassle free. The convenience and ease of accessibility are perhaps the primary reasons why IRCTC has observed an increase in revenue percentage in Internet Ticketing.

(Internet ticketing’s proportion of IRCTC revenue has climbed dramatically from 14.9% in 2017 to 54% in 2022. Source: IRCTC’s annual reports)

And while IRCTC’s transition from sending tickets via courier to sending a short SMS is no doubt remarkable, it must be juxtaposed with how western countries are dealing with it.

In 2019, Pat Hendricks, a passenger in England got fined £160 (or ₹14,564) because she showed a screenshot of her E-ticket QR code instead of the mail that she had received.

According to the passenger, Transport Investigations Limited, which works on behalf of the railway company ‘CrossCountry’, handed her a letter claiming that substantial evidence exists to sustain a prosecution.

Hendricks subsequently received a second letter accusing her of boarding the train with the intent of travelling without paying for a railway ticket. According to her, the letter stated that a more serious charge of ‘intent to evade a fee’ might be pursued. The letter also suggested that the lawsuit be settled for £161.30.

Unlike in India, where IRCTC enjoys a monopoly in the railway business, countries like the UK hand over the work to private companies, resulting in such cases. It solely depends on the railway company to accept an online ticket or reject it.

While many western countries have e-ticketing platforms, they are not necessarily as sophisticated as IRCTC’s website. In comparison to Amtrak, the most popular ticket booking portal for train travel in the United States, IRCTC offers several, more advanced options for booking tickets.

For example, while Amtrak’s homepage prima facie appears sophisticated, it needs a few more steps to reach the payment gateway when compared to IRCTC’s homepage, which provides a quick booking option via voice chat.

Furthermore, several nations, much like the United States, do not have a real-time payment system, which inevitably adds another few minutes to the passenger time on the app/website while booking. In contrast, IRCTC is able to deliver substantially faster service because of India’s own Unified Payment Interface (UPI).